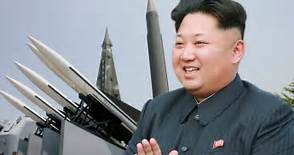 North Korea has done third ballistic missile test from only last few days. It was a twelfth missile experiment of this year which Kim’s team did. Without any fear, North Korea is going towards its aim to develop missile power for its military especially in the nuclear area. These types of tests can generate any trouble for the whole world that’s why UN and USA have already warned to Kim’s group for this, but he is not stopping nuclear experiments.

Last week the president of the US Donald Trump spoke harshly about North Korea. He said that North Korea is a big problem at present but we have a solution to this problem. Don’t worry about it, this will be solved very soon, Trump spoke publicly. It is not only Donald Trump who is speaking harshly to North Korea, but also Shinzo Abe the Prime Minister of Japan condemned for Kim’s activities and said, we will keep support with the White House.

“We will never excuse North Korea for going issue because its leader is ignoring warnings of the international community”, Abe told reporters. Now the main problem of US is that North Korea has developed intercontinental ballistic missile which can deliver nuclear weapon into US continent. America is not only one who is worried about this, but also the whole world has doubts about this matter. North Korea is second to none at present, and it has power to the ruling, it is the statement of its leader Kim Jong Un.